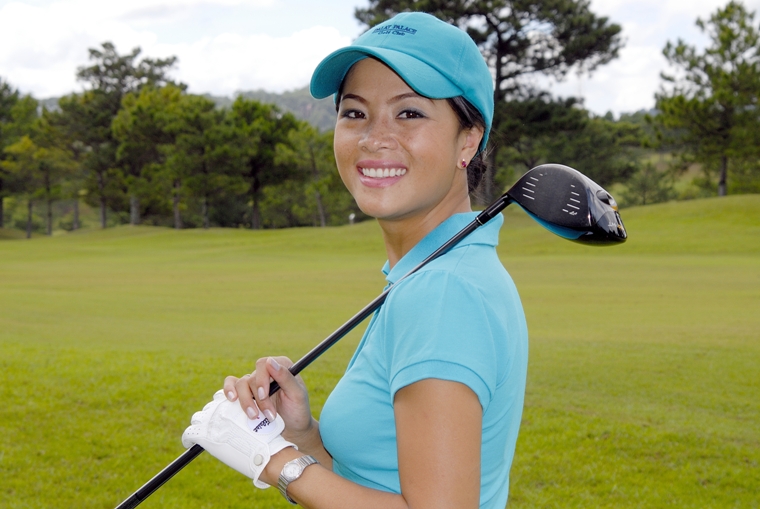 For Le Ngoc Khanh Tam, golf has a lot to do with why there is no place she would rather live than Dalat.
From Kapalua in Hawaii to Cape Kidnappers in New Zealand, Le Ngoc Khanh Tam has played golf all around the world.

But ask La Vallee de Dalat's developer where she most enjoys playing and she doesn't have to look far.

"For me, it's Dalat Palace Golf Club," she recently told Vietnam Golf magazine. "I like to tell people that once you tee off there, you will forever think about it when you play elsewhere."

The full interview with the avid golfer — she plays almost every day! — will appear in the August 2013 issue. In the meantime, here's a glimpse of what else Tam had to say …

Q: You were born in Dalat. Why do you still love it so much?

A: Growing up in Dalat, I’ve always loved the cool, fresh air, the pine trees, the flowers everywhere, the lakes, the views, and the fresh food. I’ve especially loved the changes in climate, with it often being sunny in the morning and then rainy later in the day, leaving a delightfully fresh smell in the air. END_OF_DOCUMENT_TOKEN_TO_BE_REPLACED